A generative model G that captures the data distribution. A discriminative model D estimates the probability that a sample came from the training data rather than G.

In the proposed adversarial nets framework, the generative model is pitted against an adversary: a discriminative model that learns to determine whether a sample is from the model distribution or the data distribution.

We can train both models using only the highly successful backpropagation and dropout algorithms and sample from the generative model using only forward propagation.

To learn the generator’s distribution p_g over data x, we define a prior on input noise variables p_z(z), then represent a mapping to data space as G(z; θ_g), where G is a differentiable function represented by a multilayer perceptron with parameters θ_g

In practice, we must implement the game using an iterative, numerical approach. Optimizing D to completion in the inner loop of training is computationally prohibitive, and on finite datasets would result in overfitting.

This results in D being maintained near its optimal solution, so long as G changes slowly enough.

Early in learning, when G is poor, D can reject samples with high confidence because they are clearly different from the training data. 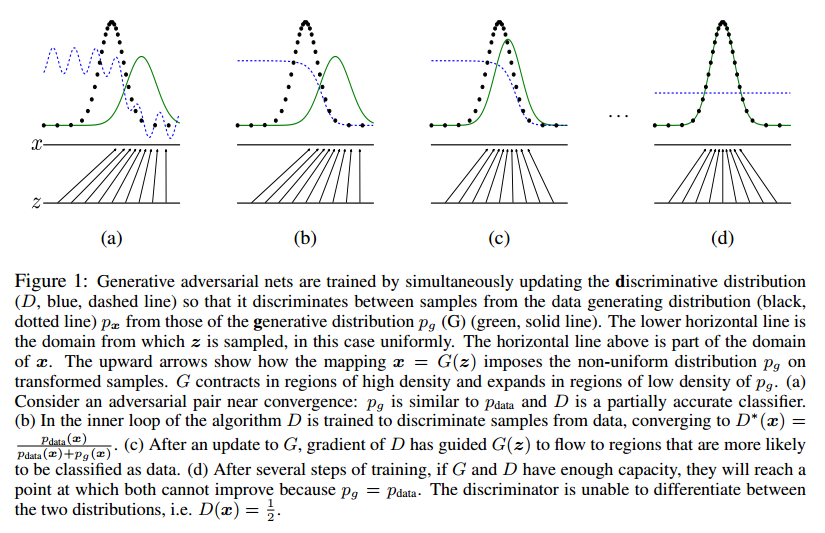 The generator G implicitly defines a probability distribution p_g as the distribution of the samples G(z) obtained when z ∼ p_z. Therefore, we would like Algorithm 1 to converge to a good estimator of p_data, if given enough capacity and training time. 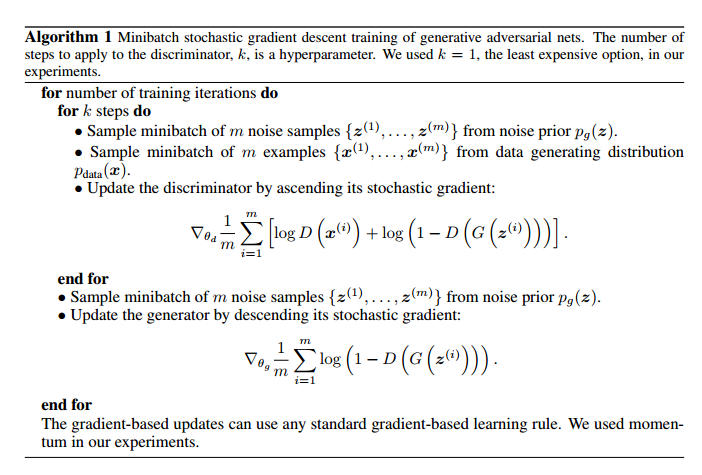 There are two possibility of Discriminator during training. 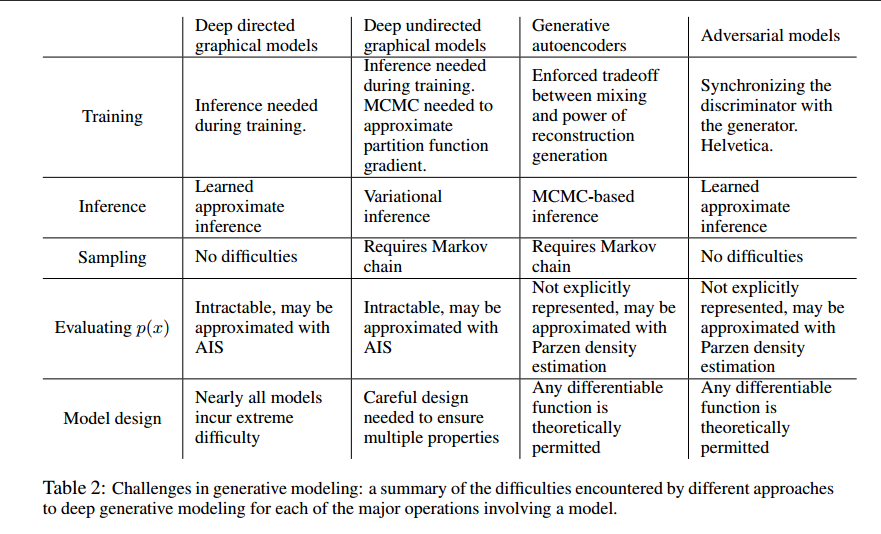 Three important changes is done on the generator network: 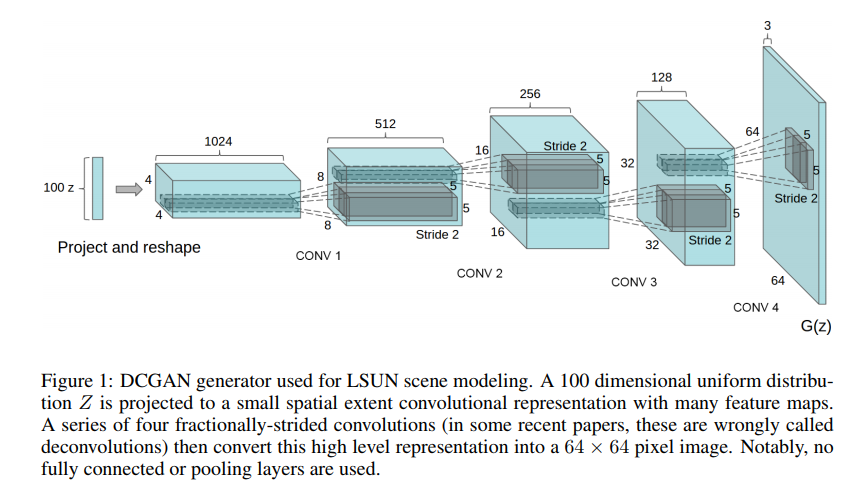 This is a conditional version of GANs, which can be constructed by feeding additional data through which we wish to condition the output on both the generator and the discriminator.

This additional data can be label information or output from other modalities. 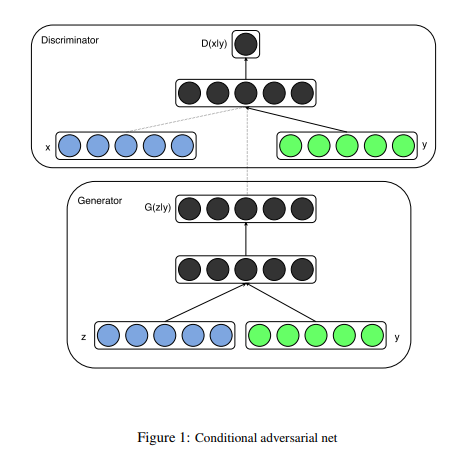 In the discriminator x and y are presented as inputs and to a discriminative function.

Regular GANs hypothesize the discriminator as a classifier with the sigmoid cross entropy loss function. However, that this loss function may lead to the vanishing gradients problem during the learning process. To overcome such a problem, in this paper the Least Squares Generative Adversarial Networks was proposed. 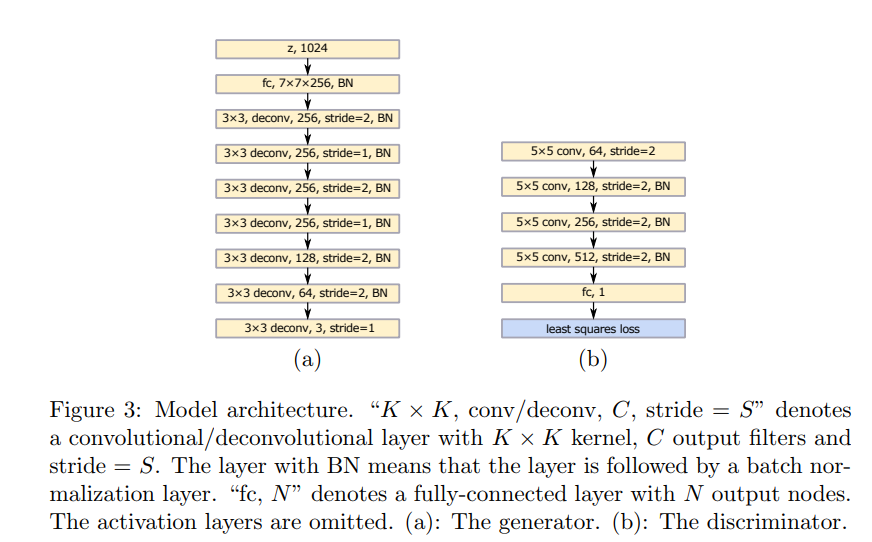 An information-theoretic extension to the Generative Adversarial Network that is able to learn disentangled representations in a completely unsupervised manner.

InfoGAN is a generative adversarial network that also maximizes the mutual information between a small subset of the latent variables and the observation.

Specifically, InfoGAN successfully disentangles writing styles from digit shapes on the MNIST dataset, pose from lighting of 3D rendered images, and background digits from the central digit on the SVHN dataset. It also discovers visual concepts that include hair styles, presence/absence of eyeglasses, and emotions on the CelebA face dataset.

In this paper, single unstructured noise vector has been decomposed into two parts:

An intuitive conversation about GANs with Lex Fridman and Ian Goodfellow.