Before that, Let’s understand Intersection over Union

Intersection over Union is the ratio of Area of Overlap over Area of Union. In the below figure, B is the ground truth box and A is the predicted bounding Box. 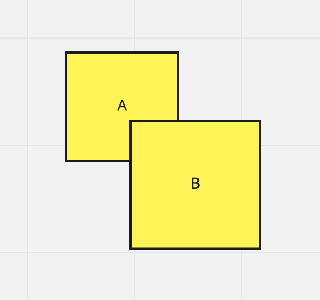 How does IoU loss help in detection or segmentation model training?

It is the ratio of predicted bounding box overlapping over the ground truth area box. There are two extreme scenarios here. The positive scenario, where both the box overlap 100%, then the IoU ratio will be 1. On the other hand, the negative scenario, when the predicted box is far away from the ground truth box without any overlap, then the IoU value will be 0. By taking (1 - IoU) the loss will become maximum. The performance of the model must be improved by reducing this loss.

IoU has scale invariance property. This means, the width, height and location of the two bounding boxes are taken into consideration. The normalized IoU measure focuses on the area of the shapes, no matter their size.

The problem to distinguish between the same level of overlap, but different scales will give different values. State of the art object detection networks deal with this problem by introducing ideas such as anchor boxes and non-linear representations.

The penality term in GIoU loss, will move the predicted box towards the target box in non-overlapping cases.

In this paper, a new CIoU loss is introduced by considering the geometric factors in bounding box regression. This loss as improved the average precision and average recall without the sacrifice of inference efficiency.

Comparision of GIoU and CIoU

GIoU loss tries to maximize overlap area of two boxes and still performs limited due to only considering overlap areas. 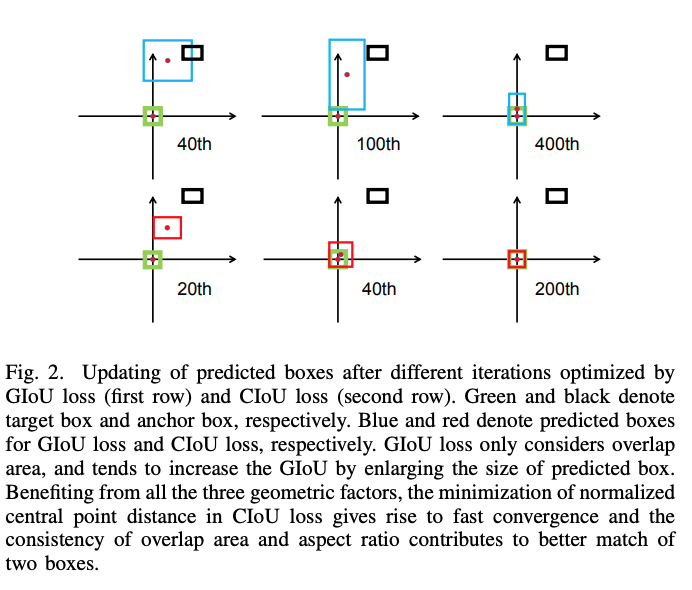 CIoU depend on three geometric factors for modelling regression relationships.

For detection tasks, generally (Ln-norm) Mean squared Error loss and Smooth loss is been widely used for object detection, pedestrian detection, pose estimation and instance segmentation. However, recent works suggest that Ln-norm based loss functions are not consistent with the evaluation metric, instead propose Intersection over Union. 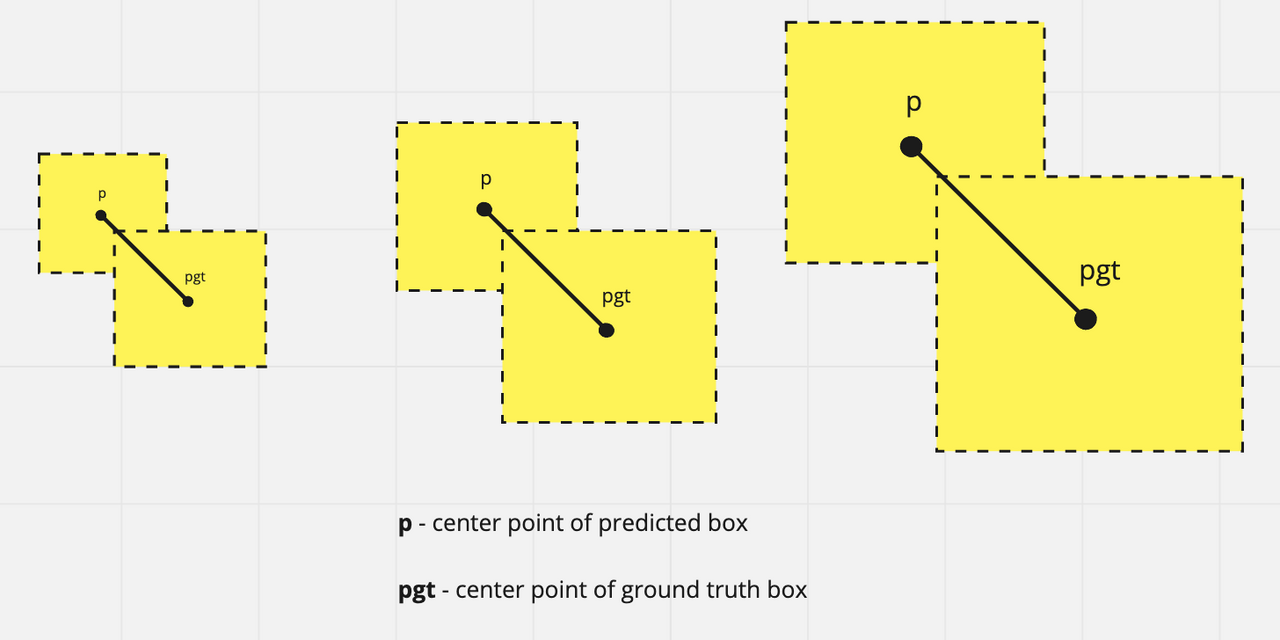 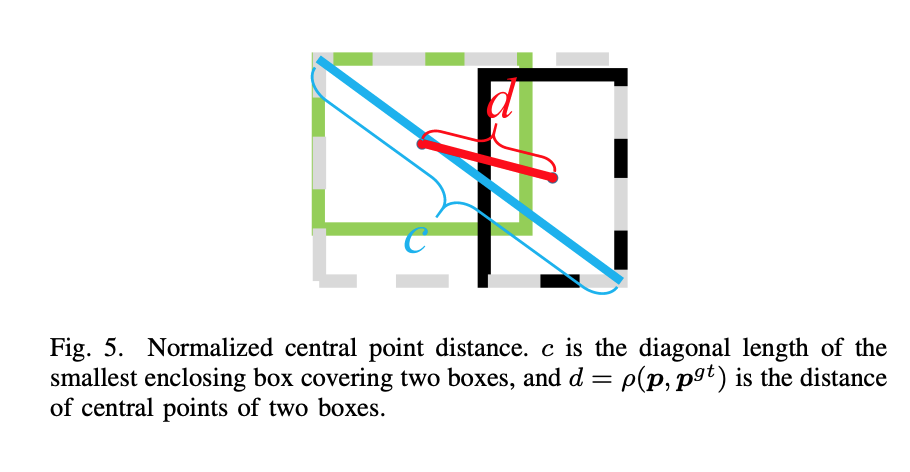 alpha is a trade-off parameter. When the IoU is less than 0.5, then the two boxes are not well matched, the consistency of aspect ratio is less important.

CIoU loss improves the performance of detection and segmentation tasks. CIoU converges faster with less iterations than IoU and GIoU due to the consideration of three geometric factors.